Registrations for the next RaceFace season open!

What a year 2020 has been so far! As we enter the final stretch of a year with many negatives and few positives, one thing we can look forward to is the last RaceFace season of the year which will feature the great racing leagues that we’ve become accustomed to and also an exciting new mini-enduro series which will feature a format which is sure to entertain!

The first race of the next ACC GT4 Sprint Series will be on the 7th of October at Zandvoort, followed by the ACC GT3 Championship season opener at the same track on Thursday, the 8th of October.

The next Formula 1 League will starting on Tuesday, October 6th, with the Spanish GP.

The GT4 League will again feature 6 races which ends 11 November at Paul Ricard and will then be followed by a 4-Round Multiclass Mini-Enduro Series which will run between 18 November and 9 December.(More info to follow soon.)

The season will close off with the RaceFace Spa 6 Hour Endurance on Sunday the 13th of December.(Provisional date, tbc soon)

Follow these links to register for the respective leagues:

*Please note that you only need to register again if you need to change any of your details.(Car, Team Name, Steam ID etc)

*The seeding/grading process for the new season will start on Tuesday 29 September. More information will be communicated by Monday the 28th. 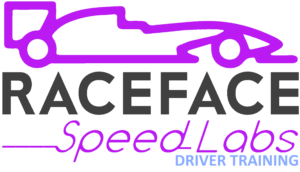